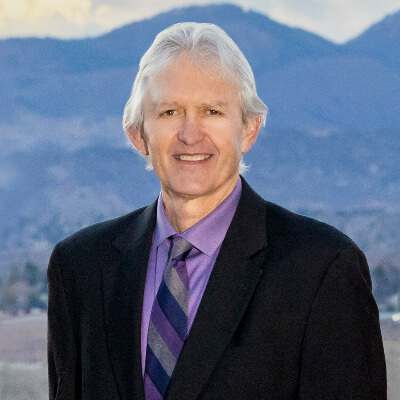 Dr. Kent Yount earned his Bachelor of Science degree at Pacific University before graduation Cum laude from the Pacific University College of Optometry in 1988. He completed an additional residency/fellowship in ocular disease and pathology at the Omni Eye Center in Denver. After beginning his career in Boulder in 1989, he joined Dr. Loomis in 1995. Dr. Yount was on the Board of Trustees for the Colorado Optometric Association, where he served as President in 2005. He is an adjunct professor for Southern California College of Optometry and a former instructor for fellow Colorado optometrists in acquiring therapeutic certification. He has been a frequent lecturer in Ocular Disease and has been published in Optometric literature. He is past Chairman of the Eye Care Benefits Committee and sits on the educational committee for the Colorado Optometric Glaucoma Society. He is a past board member that represented the state of Colorado on the Southwest Council of Optometry and the Great Western Council Optometry. He became a Diplomate in the American Board of Optometry in 2011 and is the board’s liaison for Colorado. Dr. Yount was selected Young Optometrist of the Year by the Colorado Optometric Association in 1996, Optometrist of the Year in 2013, and received the Distinguished Service award in 2018. In his free time, Dr. Yount loves to cycle and spend time outdoors. He and his wife Shawna enjoy spending time with their three daughters; Madison, Katie, and Sarah; son-in-laws Luke and Forrest; and grandchildren Levi and Nolan. Specialities: Ocular Disease (including dry eye, glaucoma, diabetes, macular degeneration)